Your Most Important Corporate Asset

People: Your Most Important Corporate Asset

For American businesses and corporations, even in an age when the internet has dramatically changed the structure of commerce on so many levels, the quality, talent and security of people still make all the difference. Technology alone does not drive the success of American business—people do.

People are any corporation’s most valuable asset—to the point that they invest millions of dollars in attracting, compensating, educating and retaining good, quality people. This challenge continues to grow in complexity, as economic forces of the last several years that have caused all of us to have to do more with less. The result: good people are more valuable than ever.

At the same time, the result of these trends is an unprecedented human capital challenge that is forcing organizations to rethink how they attract, retain, and continuously develop a pool of talented workers. Indeed, this is happening all over the globe. In a recent Accenture study, executives in the United States, Europe, and Australia listed workforce-related issues among their leading organizational priorities. Key issues cited by the respondents included: attracting and retaining skilled staff; reducing operational costs; improving employee retention and productivity, and improving workforce safety. [1]

According to the American Society for Training and Development (ASTD): “A high-knowledge, multi-skilled workforce is the most important competitive resource available to organizations today. Instead of an economy organized around mass production, recent years have witnessed the rise of an economy dominated by technology and service industries that emphasize innovation, speed, cross-functionality, and strong customer relations.” [2]

Thus, corporate growth and success will continue to rest upon the shoulders of its people, who work in a multitude of environments, engaging others inside and outside the organization. While successful commerce relies on this dynamic, today’s corporations must also consider the risks involved in this process, and endeavor to minimize them.

THE RISKS OF WORKPLACE VIOLENCE

Among these risks is the fact that community-based workers are significantly vulnerable to violence. These people include but are not limited to:

They are at higher risk for a few simple reasons:

Further, another group at risk consists of higher-tier level professionals and executives who travel overseas. Over the last fifteen years, in many other countries, particularly in Asia, Latin America, South America, and Africa, a “ransom trade” has emerged in which American business people are routinely kidnapped and held for ransom. As a result, today’s corporations must purchase “kidnap & ransom insurance” as a part of their risk management portfolios.

Violence is a risk factor that reaches across a wide range of industries.  For example:

As a result of the 5,500 reported incidents of workplace violence that occur every day, at least three people are murdered. On average, 17 workers are killed each week and 13,000 women are assaulted, stalked or murdered at work by a significant other each year. [8] It is the second greatest cause of death for men in the workplace, and the first greatest cause of death for women. [9]

Recently, the U.S. Department of Labor reported that 2003 saw the first spike in workplace violence in three years. [10]   A March, 2004 FBI Report estimated that nearly 80% of workplace homicides are committed by criminals with no other connection to the workplace, who have committed robberies or other violent crimes. According to the Bureau of Justice Statistics, (BJS) US Department of Justice, in 2002 nearly 750,000 crimes of violence were committed each year against people at work or on duty and another 170,000 against people traveling to and from work.

However, the sobering reality is that workplace homicides are only the tip of the iceberg—a much larger risk lied in the non-fatal workplace violence incidents. It has been estimated by the Bureau of Labor Statistics that between 1.5 and two million incidents occur each year, and many suspect that this is under-reported by approximately 50 percent. [11]

American business cannot afford to take its human capital for granted.Today, the growth rate of the labor pool is slowing. The annual growth of theU.S. population as a whole has decreased from 1.3 percent in the 1980s to 1.1 percent today. The implications for the labor force are clear: current projections by the Employment Policy Foundation indicate that by 2008, 4.6 million jobs will remain unfilled—up from 2.3 million in 2004. [12]

Business concerns aside, employers also have specific legal obligations, and there is little wiggle room. Occupational Safety and Health Administration rules require companies to provide a workplace “free from recognized hazards.” The courts interpret this to mean that to meet liability requirements, companies must:

VIOLENCE AND THE FINANCIAL RISKS

When it comes to assessing risk, statistics can sometimes be deceiving. Executives and risk managers may examine regional and national data, compared with their own internal statistics, and deem the risk to be too low to merit attention. However, what is often underestimated is not the cost of action (proactive steps to avoid violence), but rather the cost of inaction: the widespread financial consequences when an incident occurs. [15]

JUST WHAT IS WORKPLACE VIOLENCE?

First, for clarification, let us define workplace violence. When one hears the term, one often has the image of what we see in the mainstream media, with the sensational, dramatic and rare types of violent assaults, such as those carried out by disgruntled employees. Unfortunately, this distracts attention from the real, very common issues, warning signs and dangers.

Workplace Violence, according to the U.S. Department of Labor, is “violence or threat of violence against workers. It can occur at or outside the workplace and can range from threats to verbal abuse to physical assaults and homicide (which is one of the leading causes of job-related deaths).” [16]

An alternate definition presented by AnchorAnchor may be “Violent acts including assaults and threats which occur in, or are related to the workplace and entail a substantial risk of physical or emotional harm to individuals, or damage to an organizations resources or capabilities.” More specifically it includes:

WHAT IS THE COST OF WORKPLACE VIOLENCE?

The cost to American business from workplace violence is estimated at $120 billion a year. The average jury award, in subsequent liability cases where the employer failed to take proactive, preventive measures under the 1996 OSHA guidelines, is $3.1 million per person, per incident. [18]

So, what is the cost of violence? Of course, loss of life and suffering can’t be measured financially. But we can put a price tag on sick time and workers’ compensation claims filed by injured employees. The DOJ estimates that employees involved in workplace violence miss an average of 3.5 days of work after a crime has occurred, and stabbing and shooting victims are out of work an average of five to six weeks. [19]

The National Council on Compensation Insurance found that companies paid out $126 million in workers’ compensation claims for workplace violence in 1995. In 2003, NCCI updated and extended its earlier analysis on this violence in the workplace. The following are among the key findings:

Of course, compensation insurance, in both premiums paid to companies, and claims paid out to victims (which include both the injured and any other employees who witnessed or were traumatized by the violent incident), is only one of many costs of workplace violence, which include but are certainly not limited to:

Every organization has the legal and moral obligation to provide a safe environment for its employees—even if the employees operate outside of the office.

The first step in prevention is for business leaders to understand the complexities of the problem. As indicated on pages 4 and 5, the common imagery of disgruntled employees “going postal” with a shotgun in hand is the rare case. Ironically, the term “violence” tends to become misleading. Many business leaders believe that if there is no record of employees getting shot or killed, there really isn’t a problem. The common image of violence masks the underlying behavior that most often precedes it—aggression.

Aggression occurs not just in overtly violent acts, but in threatening remarks and/or behavior in which intent to harm is stated or implied. It occurs in employee harassment or any other actions that show a lack of respect for the dignity and worth of an individual. This also includes verbal abuse, mobbing, bullying, or acts of emotional abuse that often go tolerated and unreported for far too long.

This is what distinguishes workplace violence from many other risks that American businesses face. Natural and economic threats often occur with little warning. On the contrary, the risk of violence is often predictable, and preventable. [22]

There are many steps today’s businesses can take to prevent workplace violence—and it goes beyond “adopting a policy of zero-tolerance.” Strong hiring and performance-management policies can help screen out employees prone to violence and protect a company somewhat from charges of negligent hiring in the event of a lawsuit.

Communication is the second issue. Companies must have the channels in place through which employees can seek counseling, or a victimized employee can report incidence of aggression, or dangerous encounters out in the field.

Managers must also learn how to handle these reports, and they must be accountable for doing so. This way, managers can’t take the easy way out by ignoring a troubled employee, or worse, simply transferring the employee to a new area or department without addressing the root cause of the individual’s problem. A strong performance management program and grievance system can also help employees deal with work-related frustrations constructively.

Most importantly, however, is the role that safety education plays in preventing violence. Business cannot always control or prevent occurrences from the outside. What they can control (or at least influence) are the choices their people make to:

WHO OWNS THE PROBLEM?

From a practical standpoint, many mangers find themselves confused as to who really owns workplace violence prevention: Human resources? Security? Risk management?

The answer: all of the above and then some. The reality is that the elements of workplace violence crop up on many different levels and areas within the company. Therefore, companies need a team of people to handle workplace violence prevention including representatives from all the relevant areas of the company.

[20] National Council on Compensation Insurance, “Violence in the Workplace: An Updated Analysis,” September 10, 2003. 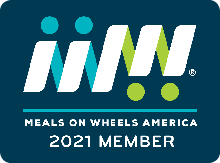 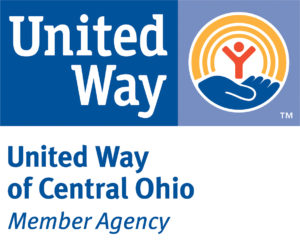 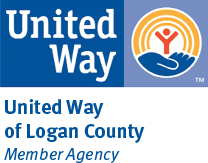 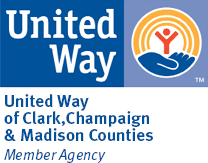 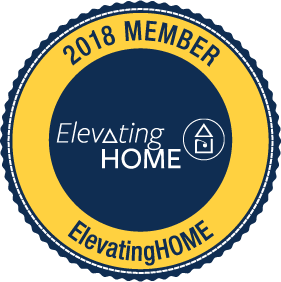